In a previous post we suggested some tips for student pilots before first solo. Now we continue with some student pilot tips from first solo to PPL completion.

Training for your Private Pilots Licence is exciting, but there are some things student pilots should keep in mind while they train. It is recommend that you fly as often as you can afford the time and the expense, make every hour count, work on precise control of the aircraft, and study, because knowing why and how an aircraft flies will increase your confidence and understanding of what happens in flight.

These tips will help you maximize your flight time, reduce financial strain and attain your Private Pilot’s Certificate in an acceptable amount of time.

The most important thing to do after your solo is to fly three times a week. Any less than that and you risk losing skills in-between lessons. There is significant loss of skills if the lessons are separated by more than a few days. I recommend flying Monday, Wednesday and Friday or Tuesday, Thursday and Saturday.

When it comes to flight training, make every hour count. Wasted time is wasted money. Instructors charge for their time. They charge for the preflight briefing, the flight and the post flight briefing. Student pilots are also required to pay for the rental of the aircraft. That means that when the engine is running, you are spending money whether you’re sitting on the ground talking to your flight instructor or practicing maneuvers in the air.

The best use of time is obviously practicing maneuvers in the air, so don’t let your instructor sit with you on the ground talking. Talking can be done in the air or before or after the flight when your not paying for both the aircraft and the instructor.

Also keep your instructor abreast of what you expect out of each flight and how much time you want to spend in the air on each lesson. Some lessons run long, and you need to know that beforehand not after you’ve been in the air an hour and a half. Long lessons can be broken down into two flights, and most instructors are happy to accommodate that request.

When I taught student pilots how to fly, I made them hold their altitudes within plus or minus 50 feet and turns within plus or minus three degrees. This was to ensure they passed their practical checkride. A checkride causes instant nervousness and anxiety, so I figured if I taught them how to fly with shallower limitations, they’d be able to control the plane within the required limitations of the checkride to spite their nervousness.

This test must be passed before the student is eligible to take the Private Pilot Checkride. The private pilot checkride consists of two parts. The first part is oral. The examiner asks the student pilot several questions related to flying, instruments, and aircraft knowledge.

The final task is landings. Obviously, the student pilot must be able to land the aircraft safely in a variety of conditions and configurations; flapless, crosswind etc. The only way to gain confidence with these variations is through practice. 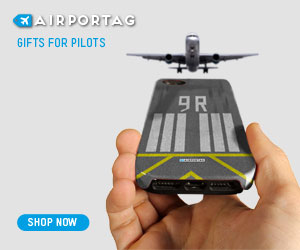